"The Alcove" by Gina Kincade, Now posted on Mistress Journals! 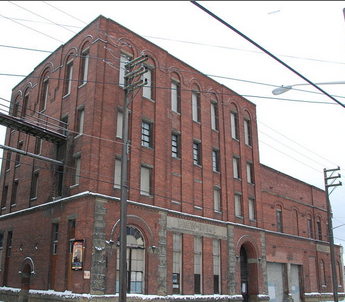 "The Alcove" by Gina Kincade is A short story about a spontaneous sexual experience that will have you hot and wanting more in minutes!


Teaser from "The Alcove" by Gina Kincade

Laughing, they ran into the nearest covered doorway to escape the summer evening downpour that had erupted. The door appeared to belong to the closed up building, not the apartments connected to it and the alcove was deep enough to fit them both and keep the heavy rain from reaching them.

Reece and Anna had gone out for dinner and were supposed to go see a movie, but had decided they just couldn’t keep their hands off each other long enough. All during the cannelloni dinner, at the Italian restaurant, they touched each other under the table, rubbing and groping like teenagers. They were on their way back to Anna’s apartment when the dark clouds covered the setting sun and torrents of water struck down upon the city.

Watching the rain come down, wondering how long it was going to last, Anna shivered in her light peasant shirt and short skirt, both of which were now soaked through and sticking to her like a second skin, forming around her lush, perky breasts and sliding over her slim waist to cling to her hips. Her white, bikini panties, now see through in patches, were just barely visible where the skirt now hugged the top of her thighs. Her long dark hair was dripping down her back in trickling streams, adding to the chilling of her skin. 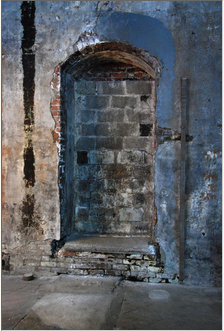 Reece, feeling her shiver, pulled her into his embrace offering her his body heat and rubbing his hands briskly up and down her arms and back. He enjoyed the way Anna snuggled into him, her head tucked beneath his chin and her mouth just inches from his throat. The feel of her warm breath in the hollow of his neck and caressing down inside the top of his shirt was making him quite hard. He wasn’t even noticing the rain anymore it was all about Anna.

Running his hand over the wetness of her shirt and pinching lightly at the hard nipple bulging from it, he began nuzzling her neck, gently biting at her ear and throat with little nips and tugs creating a slight redness where his mouth touched her. Oh man, he was on fire, he wanted her body, to be inside her, here, now.