Guess what happened? Would you like to play for a chance to #win a $10 #Amazon #Gift Card! #alpha #shifters #paranormal #romance #curvy #romreads #CIH2 @ginakincade @shifterlover @wolfpackreads 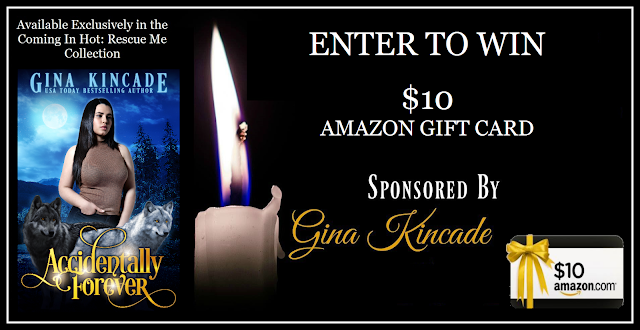 Accidentally Forever, my werewolf shifter romance, will be completely exclusive to the Coming in Hot: Rescue Me Paranormal & Contemporary Medical Romance collection!
I can't wait for you all to find the surprise plot twist in this one!

Accidentally Forever started off as a single title (still standalone, don't worry) and then spontaneously morphed into Book #1 of a BRAND NEW series in two new paranormal romance worlds. Never saw that coming myself. Whew! Guess I'm back with big plans, huh? *grin*

So...I never let a release go by without some sort of fun for my readers, so who wants to play for your chance at a $10 Amazon Gift Card? Please read below!

Despite her burning thirst, Caitlin struggled her way to a seated position. Fighting the light-headedness and nausea, she attempted to swing her legs to the side of the bed. A sharp pain in her thigh tore a strangled cry from her throat and the black lump suddenly moved. She truly didn't want to stick around and find out if the blob were her assailant or her savior, and gulping back the sob, determined to escape, she grasped the tube running to the IV in her hand and gave a hard yank, pulling the needle all the way out in a smooth glide as blood welled at the site. She slid to the side of the bed and placed her feet flat on the floor, standing and testing her weight on the injured leg. Thinking she'd manage, she glanced toward the still sleeping form and panting hard against the burn through her leg she turned toward the door. One. Two. Three steps forward and then strong arms gripped her from behind and yanked her back just as all strength faded and her knees buckled.
"Hey, little lady, just where do you think you're going?" a gravelly voice teased her ear.
"Let me go!" she struggled, kicking her good leg backward and connecting with the solid leg of her captor, smiling inwardly as an 'omph,' escaped from his lips with a brush of warm breath.
"Calm down! You're safe," the man nearly growled, his arm pulling her tighter to the heat of his chest. A heat she remembered from the forest.
Safe. She was safe. All the fight left her suddenly and she drooped in his arms, her energy depleted.
"There now, that's better."
She felt his arm snake behind her legs and then she was lifted against that strong, masculine warmth once again and a feeling of relaxation overwhelmed her as she drew in his scent. Musky and spicy, with a hint of wet dog. Normally the wet dog smell would have her retching, but on him it seemed right, calming. Giving in to the calmness she felt washing over her, she relaxed as he tucked her back into the bed, tsking at the fact that her needle now dripped fluid onto the floor.
"Thirsty," she gasped, trying once again to lick her dry lips.
"If you promise to be a good girl and stay there, I'll get you some water." He flashed a stern look in her direction.
She nodded, feeling oddly contrite at the thought that she had upset this man. She watched him closely as he crossed the room, his movements lithe and smooth, the flex of his back muscles as he lifted the water flask and poured clear liquid into a blue plastic cup. She admired his broad shoulders as his midnight-black hair brushed the tips of his shoulder blades. Following downward, she visually caressed his tapered waist and the jean-clad tight ass that lead his long legs down into black-skinned cowboy boots. Cowboy boots? In the snow? In a hospital? Weird. She dropped her gaze as he turned around, looking at him shyly from beneath her lashes.
"Here you go, sweetness," the burly man drawled out, his voice low, almost sensual.
"Thank you." She accepted the water gratefully, placing the straw in her mouth. She drew a long sip of the icy cool wetness, luxuriating in the feel of it sliding down her parched, raw throat.
"Not too much, now," he chastised, leaning over to slip the cup from her grasp. "You'll make yourself sick, and until Nick comes in to check your wounds, I'm on duty. Nothing is gonna happen to you on my watch." The firm set of his jaw made her smile at its sternness.
"Nick?"
"My partner here at the clinic."
"So it is a medical facility, then." She visibly relaxed, leaning her head back into the pillows, feeling more at ease and suddenly overcome by fatigue.
"Erm...in a manner of sorts, yes."
Too tired to question the odd response, she let her eyes drift shut, her lashes brushing her cheeks as she yawned. "Sleepy," she mumbled.
Brushing her curly dark locks away from her dirt-smudged forehead, he crooned, "No doubt. You've had quite a day, I'm sure. You rest, I'll be here."
Caitlin drifted off to the feel of his hand caressing her hair, her cheek, the side of her neck, his fingers whispering over the shell of her ear.
"Sleep well, little one." She heard him breathe huskily over his  prisoner as darkness claimed her. 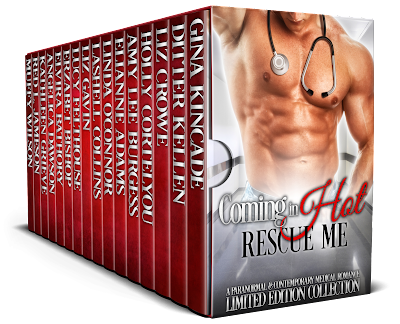 Posted by Lady Gina Kincade at 10:31 AM No comments:

Thought I would share a few of my favorites in the Paranormal Dating Agency Kindle World Books, hosted by the ever-awesome Milly Taiden and all her fellow PDA Authors.

Grab your favorites, and share with a friend today!
Now also available in Kindle Unlimited! 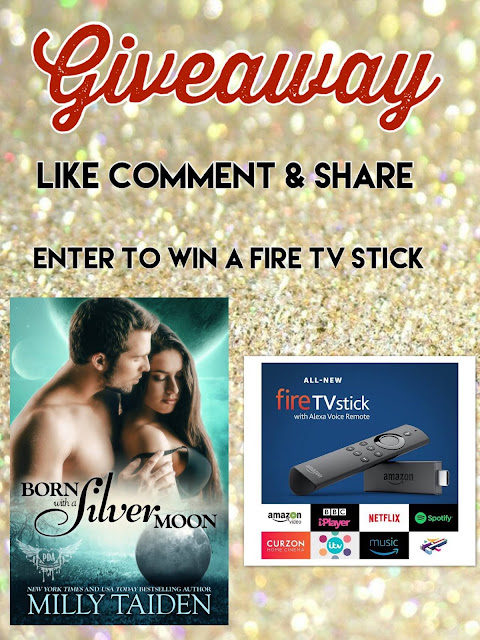 Posted by Lady Gina Kincade at 7:37 PM No comments: