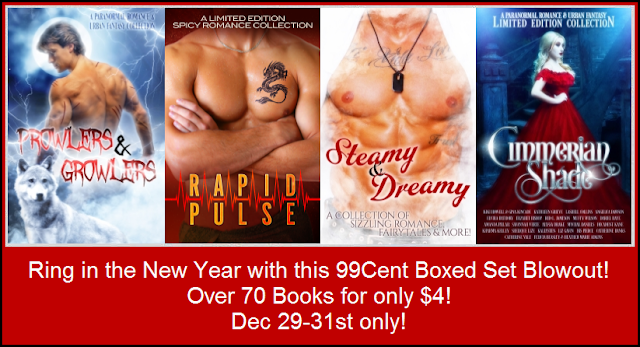 Hey! Lookie at what is on sale for 99cents! Someone Different by Gina Kincade is part of Milly Taiden's PDA Kindle World! #shifter #paranormal #romance 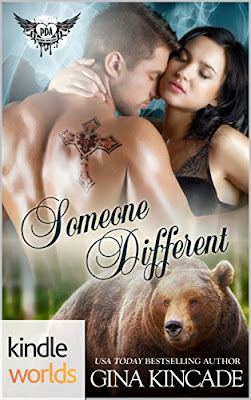 On Sale at 99cents for a Limited Time!
Now available in Kindle Unlimited!
Get Yours Now on Amazon

Curvy psychologist—and panther shifter—Tallan Walden gave up on men a long time ago. Fed up with the insults and innuendoes about her size making her an easy target for sex, she's pretty much sworn off them for good. She's happy with her life just the way it is.

That is, until Gerri Wilder sets her up on a blind date. He’s gorgeous, he’s funny, and he’s hot for her generous body. Can he be for real, or is he just a better liar than the others?

Yet even if he’s truly the one—as Gerri promises—there’s one more enormous obstacle. No way can Tallan bring a bear home to meet her species-purist mother.

Will Gerri’s magic touch bring Tallan the happiness she now wants, or is she destined to break the PDA’s winning streak?

"Tallan, you are more beautiful than I ever imagined. Your breasts, your hips," he said as he feathered his large hands over each inch of her skin, pinching each beaded nipple between his thumb and forefinger until the peaks stiffened to tight points of aching flesh, eliciting moans and groans from them both. Luke bent his head to the softness of her breast, taking one stiff, straining nipple into his mouth, hot against her swollen globes and sensitive nipples as they thrust hard against his tongue. Gently, he swirled his tongue around the base of the tight bud, then lightly grazed its edge with his teeth.
His soft moan sent shivers of need though her body, set her legs to trembling as he continued the exquisite torture over her other breast. Luke tightened his hold on the thickness of her waist, holding her up when she felt as if her legs had turned to jelly. She could spend the entire night right there, him sucking, eternally sucking the sensitive peaks with her writhing beneath his hands. Nothing she'd ever known before came close to the feel of his mouth on her voluptuous, soft body. Nothing.
She shifted, widened her stance a little in an attempt to regain some of her balance lest she topple over right there, and began to stroke his short, dark hair as involuntary sounds of pleasure escaped her throat. Her chest heaved with deep and difficult breaths as he trailed the tips of his fingers down each side of her body, exploring every curve and valley, combining the sensations of his mouth and hands over her flesh, nearly driving her over the edge right then and there.
"Luke. I can't take it. I can't..."
When he got to the over-heated apex between her thighs, he said only, "Shhhh, it's okay..." then dropped to his knees in front of her. He paused without pulling away, pressed his head against her belly and closed his eyes, his labored breathing evening out a little, the pause of his ministrations helping her quiet her own overwhelming desire. The momentary reprieve didn't last long.
Luke placed soft kisses first on the bottom of her stomach, groaning and growling as he went, his fingers digging into her hips as if it were all he had to hold himself back, remain in control. She wanted to spread her legs for him, but his grasp on her hips forced her to stand still, not move without his consent as he traced his tongue and kisses over her thighs, her mound, her folds, before he looked up at her, dark eyes flashing with the intensity of his own need.
Posted by Lady Gina Kincade at 8:43 PM No comments: