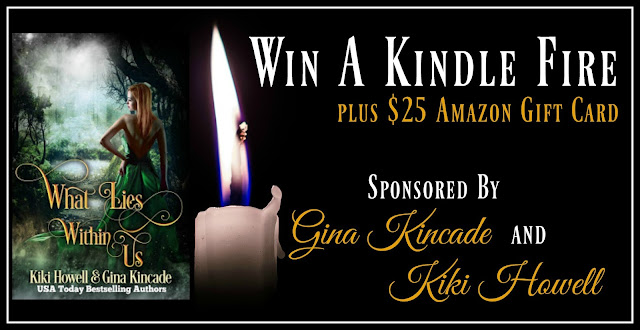 a Rafflecopter giveaway
Posted by Lady Gina Kincade at 7:00 PM No comments: 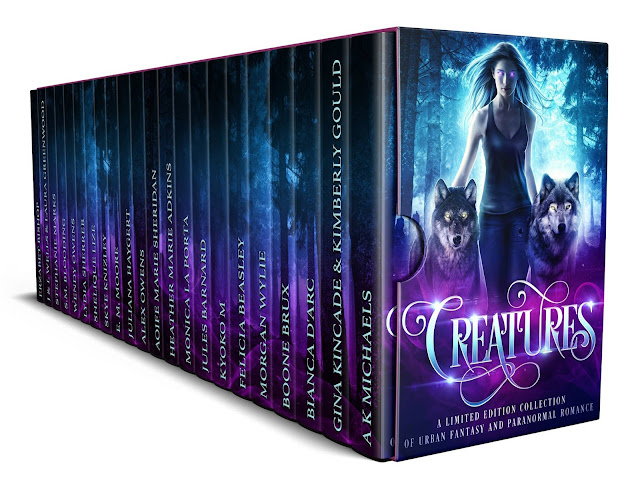 You are about to enter the realm of Creatures, a boxed set packed with more than twenty enthralling tales of urban fantasy and paranormal romance! From witches to vampires, shifters to fae, and every dark creature known to lurk the pages of fantasy fiction, you’re sure to find yourself up past your bedtime and reading well into the witching hour!

So curl up on your sofa with a steaming cup of tea and PreOrder today if you dare brave the beasts! 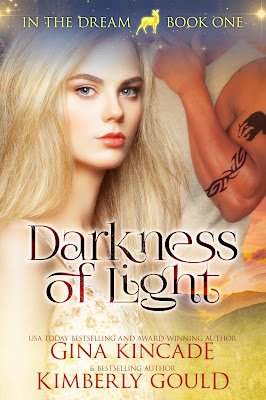 “What I mean is—” He stepped closer, running his hand down her bare arm.
Sunshine and summer heat didn’t prevent goosebumps breaking out over her skin. He stood close enough that if either of them inhaled deeply their chests would touch.
“You’ll be around for while.”
Her breath caught and she licked her lips.
Lucius mirrored her and bent slightly. For a second, she thought he’d kiss her and she closed her eyes both to imagine that and encourage him to do it.
“Because—” Her eyes popped open and she held back disappointment, only just. “There’s a mid-summer festival on the twenty second. Everyone will be there and you should come, too.”
“With you?” Had she said that or just thought it?
“If you’d like.” His hands played with her fingers and scarf caught between them. “What do I owe you?” He pulled the cloth free, letting it flutter toward the counter.
Rev gave herself a shake and rounded the counter to open the classic register. It couldn’t do more than hold cash, but it fit the shop too well to replace. She also pulled out an IPad and found the scarves in the inventory Dad had helped build for Grandma. She changed the stock quantity from eleven to a ten and looked at the price.
“Twenty dollars. Tax included. Do you have cash?” she asked, her finger hovering over the button to release the drawer.
“Yep.” Lucius passed over a twenty as well as a card with his phone number. “Let me know if you want a tour of Littleton, or, y’know, something else.” His grin was like the sun, bright and warm, blinding and melting. In an attempt to save herself from one or both, she forced herself to look at the scarf and folded it, placing it in a box.
Eventually, she had to meet his eyes again; eyes as sultry as the July day. He wouldn’t have to do much to charm her out of her panties—Pants! Her pants. Heat flaring in her cheeks, she broke eye contact. “Yeah. I’ll call you.”
“Thanks.”
Oddly enraptured by this stranger’s pull on her, she watching him, his strong back, tight bottom, as he sauntered his way back out the glass door with a resounding tinkle of the chimes.
Rev watched through the door as Lucius encountered another man of similar age and coloring outside the store. He even had the same tattoos on his arms. Both men were on their toes, leaning forward and Lucius clenched his empty hand into a fist.
The other man turned from Lucius to look through the glass straight at her and Rev froze in place. He had brown eyes, too, but dark, deep and cold. Dark hair cut short, this man had more curls than Lucius and his jaw was darker, shadows of stubble beneath his nose and mouth.
Looking back to Lucius, he shook a finger at him, said one last thing, and walked away. Lucius’ smile was gone, his brow furrowed as he turned and headed in the other direction.
Rev spent the next hour playing Candy Crush and trying to decide if the two were family or not. Her game was interrupted by another call from Grandma.
“Aren’t you supposed to be in surgery?”
“Aren’t you supposed to mind your elders? You’re already in the pot from that last call. You’re only turning up the heat. Now, who came in and what did they buy?”
Rev’s sigh would be clear to her Grandmother. “A guy, Lucius. He came to get a birthday present for his mom. He took one of the scarves.”
“Lucius? Lucius Clearwater? Young thing, big smile?”
“Um, yes. He’s my age.”
“Good Lord, is he eighteen already? Yes, yes, I’m nearly done. You can wheel me out in a minute.”
“Grandma! Get off the phone!”
“Fine. But, Rev, Lacy Clearwater’s birthday is in October.”
“Really? Does Lucius have a brother?”
The phone disconnected but not before Rev heard the nurse trying to take it away. She almost pitied the woman.
How would she find out who the other man was? The card with Lucius’ number was still on the counter. She had a good idea why he’d be buying a gift in July for a birthday in October. She was flattered and interested in getting to know Lucius better.
“Clearwater…” After searching online for Lucius Clearwater and finding beautiful, hilarious, and adorable photos as old as five years, she was pretty sure he was a hometown guy who loved his family.
Dark Eyes, for lack of a better name, showed up in several of the family photos, but he was untagged, giving her no indication of their relation or his name.
In any case, she would be calling Lucius. Spending the night alone at Grandma’s wasn’t exactly grabbing her imagination.

Posted by Lady Gina Kincade at 8:35 AM No comments: