A Walk In The Woods, An Excerpt From G.K's New M/M Short Story 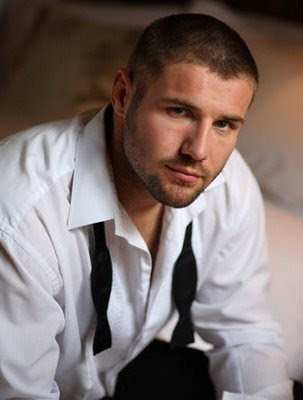 "A Walk In The Woods" by Gina Kincade

The August heat was getting to him, so was his loneliness. Throwing on a t-shirt and grabbing his running shoes, Jay closed the sliding door behind him. Starting down the familiar pathway he admired the sun as it began to set.

He loved his evening walks, the same route every night didn’t bother him, in fact he enjoyed the routine. Now however, he walked alone. It was his choice. He was the one who had decided to call it off. To “take a break and think things through,” he’d said. Jay didn’t regret the decision; it had helped him realize what he was missing in his life, what it was that he really wanted; a commitment. A life with that one person who made him feel whole, who loved him faults and all, forever.

Jay feared he had taken too long to make his decision now. It was driving him crazy watching them together; at least he assumed they were together. The subtle touching seen through the window as Jay stood by the tree. Just out of sight, in the shadows, where the light from the back door that fell upon the yard didn’t quite reach. When he saw them enjoying a glass of wine, laughing and having a very obvious good time, he figured it meant he had lost out on his one true love, the one he wanted as his life partner.

Not knowing what to do about it, and being quite naturally shy, Jay did nothing. He just continued this nightly routine of walking through the woods, down the path past the glittering pond where they had shared so much. So many memories came to mind when he stared in the water, watched the way it rippled silently as the flow from the river beyond it fed the pool so very slowly.

The nights they’d lain here, made love in the moonlight on the grass by the side of the bed of water. Watching the cattails swaying in the breeze of the spring winds as they gathered for that one last storm before summer. That was the last time they were together as lovers too.

They’d spoken a few times over the last few months, about things left at the others house they needed. About certain concerts they had agreed to go to but were not now so what should Jay do with the extra ticket. They discussed giving the trip to Hawaii to Jay’s sister and her husband as an anniversary gift, and agreed perhaps it was best; they wouldn’t be enjoying that trip either.
Jay sighed as he came to the tree where he’d stood every night since he’d made his little announcement. “God, I miss him.” He thought to himself. “What the hell am I going to do now?”