Grab your copy of Once Upon Another World and read Jack's Beanstalk by S. Cinders & Krista Ames today!
Link: http://books2read.com/u/3Raqxn
Blurb:
There is nothing like your first love.  Two childhood best friends, torn apart by life, brought together by destiny.
Jacqueline-
Desperate for a chance to get my life on track, I followed the rumors back to the town I hadn’t seen since I was a kid. The stories said that there was a guy that could grant you any wish you wanted.
All you had to do was ride his… erm, beanstalk.
I don’t believe in fairy tales or happily ever after, but I do know that fate has a sense of humor. I learned that the moment I saw the guy with the magic beans and giant beanstalk.
Of course, it would be him, the one person I could never forget.
Just a little nibble:
“Alright, Spriggings, take your big willie and be off with you.”
Opening a blurry eye, I glanced over at Old Lady Jersey and wondered for the hundredth time when I was finally going to get my shit together and fire the old witch. Taking in the current circumstances, today obviously wasn’t that day. Besides, she was holding an extra-large coffee in her hands with my name on it.
Greedily I snatched the cup and took a sip, successfully burning my tongue and causing the old lady to laugh.
Straightening from the slouched position at my desk, I took in my creased suit and winced. “You know that it’s sexual harassment to talk about my dick.”
The old bag didn’t even blush. “Who said I was talking about your junk?”
This was a game that she played, and I will admit, for a while it amused me. Jersey went around telling people about my magical cock. Now, just so we are clear, I have never bagged the old lady. She’s never seen my dick, nor has she any reason to talk about it. 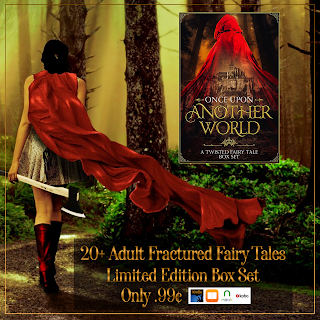 Excerpts:
Steam from the shower began filling the bathroom and I almost groaned stepping under the warm spray. Tense muscles began to relax as I grabbed the soap and began to scrub myself down.
Closing my eyes, I allowed myself a few minutes to think of her.
I cherished these moments. Not because of the way my wrist wrapped around my dick. I’m not a complete pig.
Not really.
It’s just that I had to limit myself to only thinking about her twice a day. Once during my shower in the morning, and once before I went to bed at night.
Was my dick usually involved in the thinking? I’m a guy. What do you think?
I stroked my length, enjoying the feel of my cock hardening as I thought her long blonde hair. Or the laughter in her eyes when she thought she was winning one over on me. The way her ass would bounce when she was running away from me. Or better yet, the feel of her gaze when she didn’t think I was looking. Her laughter when I did something stupid, shit I remembered everything about her.
Jack.
Or Jacqueline Marie Stock, but I had always called her Jack—much to her dismay.
I had been fifteen when her mom had got another job and they moved away. I had been devastated. We tried to keep in touch, but it had fallen apart somehow. It was likely my fault. I had been young and stupid.
And now, all these years later, I was stuck beating off in my shower and thinking about the one girl that I had never boned. Shit, I was messed up as Old Lady Jersey.

Note from the Authors:
We are so excited to share with you this fractured fairy tale. Jack’s Beanstalk takes the old fairy tale that you know and turns it inside out. The humor is very much tongue in cheek. This story is meant for an adult’s enjoyment. 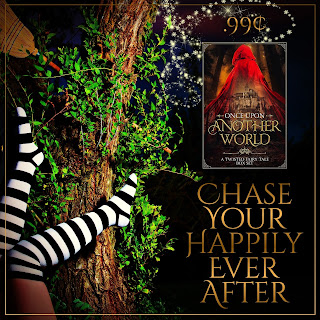