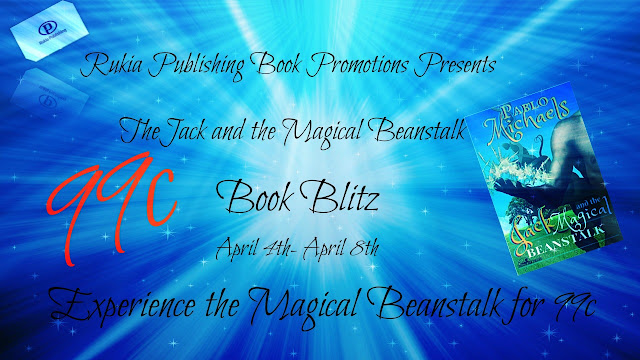 Experience The Magical Beanstalk For 99c 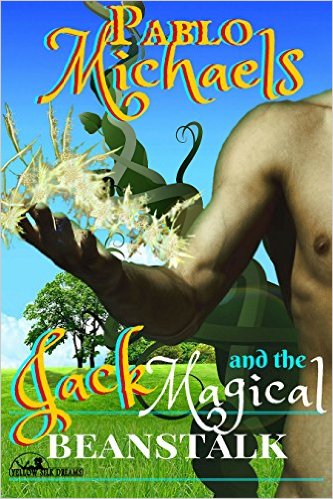 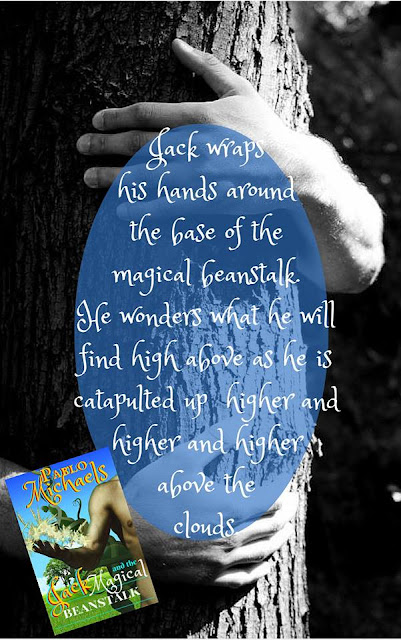 "This piece really reflects Pablo Michaels’ creativity. His string of word choices is clever and wraps the scene in vivid visuals. The imagery is sublime. Who is the old man, the stranger, and what does he have to do with Jack and his mother? Pablo has cleverly added poignant character depth by infusing some of Jack's genesis, his family, parents and farm life, even expanded upon it to describe the hardship which was the reason the cow was traded in the first place. We have a strumming and artful gold harp—delightful—a young man running into forest. When they run into the thicket, do they meet all the other naked men? Are they slaves of the Giant? The panic and fright caused by the Giant was wonderfully underscored in his careful descriptions. I love these, 'rumbles of thunder', 'like a fox on a hunt', 'where daylight became dimmer'. Also his use of the 'thump, crunch' and the cackling hen really added an element of tension and heart pounding pursuit that was so tangible. This was a cleverly layered piece that I think was a bang on perfect tie-in for the original fairytale story. Pablo adds depth to their situation and tragedy, multiple layers of tension and understanding. I loved the fairytale as a child. I love this story as an adult; just love it. It is a well-crafted, beautifully developed, very sensuous taste of adventurous youth that just kept getting better. To the hilt: delicious, decadent and delectable." 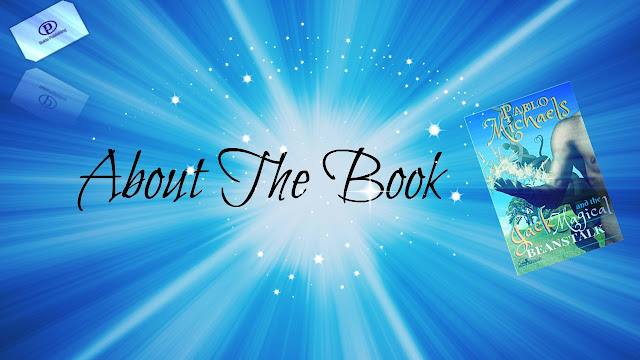 In this adult fairy tale young, awkward, young Jack sells their prize cow Pearly White for magical beans to a strange man in a red bikini. Little does Jack’s mother, Lorene, know that the beans grow into a giant, magical beanstalk, high above the clouds?

Jack ascends the beanstalk to a land where a Giant Slave serves his larger Master, Jack begs Slave for food to satisfy his hunger from his long journey. But Jack finds Master hoarding treasures. 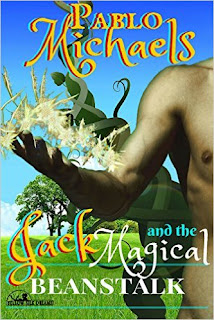 Attempting to escape the wrath of Master and Slave with the treasures, Jack encounters a handsome, engaging normal sized human man. Sam lives with others that live naturally without clothing deep in the forest. As Jack ages he becomes a handsome man, just like his father, attracting many men, including the two farmhands, Zeke and Adam.

Even though Jack has enabled the farm to prosper with the treasures he stole from Master and is met with increasing danger, he climbs the magical beanstalk again and again to find more treasures and pursue Sam. 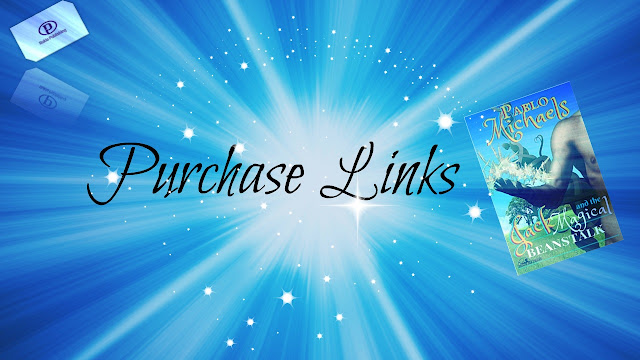 Now available on a wider network!!!
This title is priced to go at 99c!

Take advantage of this price reduction!
Regular price is $2.99

Jack and The Magical Beanstalk is available at:
Smashwords/Ganxy/Amazon/Kobo/iTunes/
Barnes & Noble/Inktera/
24 Symbols/Bookline.hu/BookShout/Casadelibro
See The Character Series
"Who Is Jack?" 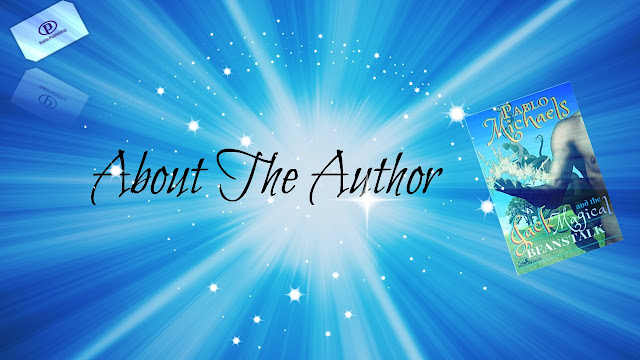 About The Author
Pablo Michaels disguised himself as a shy, friendly heterosexual during his adolescence, fantasizing other males. Falling in love with another man his first year in college, he followed him to another university to maintain their platonic love, while he continued in his in studies. When he had his first sexual encounter with another man, just before turning twenty-one, he exploded into gay life with lust and anger. He attempted to live his new life naturally, seeking love, ignoring the statistics of the books he read on homosexuality in high school, and proving what he had read was wrong.
He wrote poetry and stories since third grade. When he turned twenty-one, he moved to San Francisco to work and write, experiencing more of gay life. In the 1980's he wrote every chance he had, trying and failing miserably at publishing mainstream fiction. He published his first story in 1986 in a literary magazine. read more... 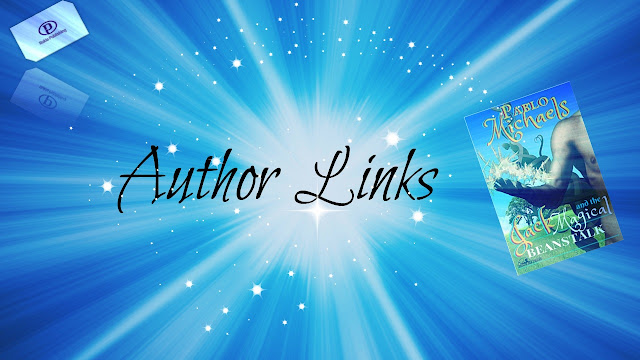 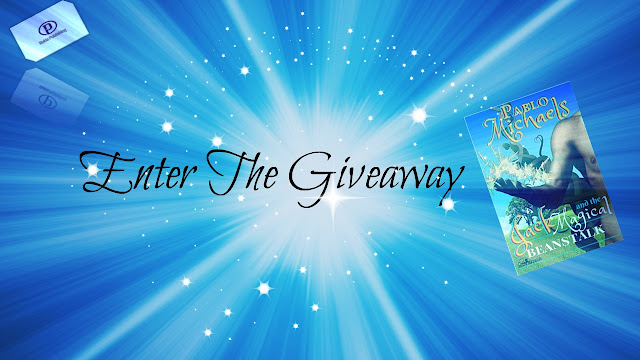 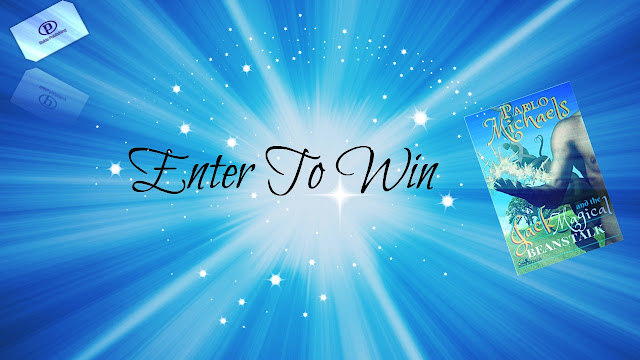 A large part of Rukia's success story is down to their substantial mailing list of subscribers to their ever popular Newsletters. Book lovers can see latest releases, get Free and 99c/99p books, interact with authors and lots more.
We would like to further increase this circulation and therefore invite you to join us.
As an incentive, we are running two competitions, one for authors and one for readers - and all you have to do is to subscribe to our FREE Newsletter!
Click The Link Below To See What Is Up For Grabs!
http://www.bit.ly/mailcomp 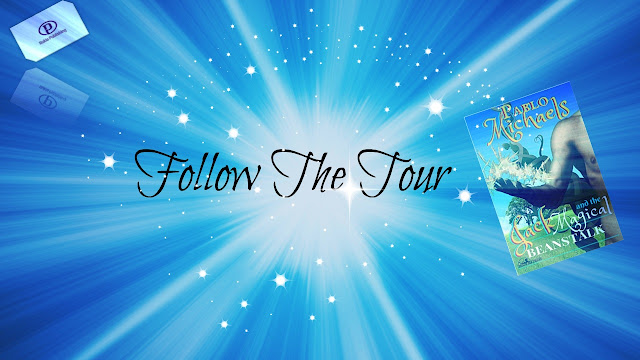 Follow The Author on Facebook!!!
Don't Miss this chance to get Jack and the Magical Beanstalk at 99c!!!