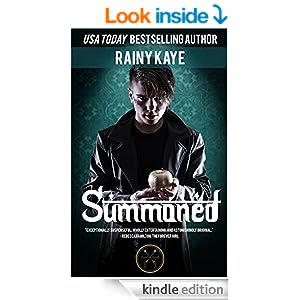 Get It On Amazon

Twenty-three year old Dimitri has to do what he is told—literally. Controlled by a paranormal bond, he is forced to use his wits to fulfill unlimited deadly wishes made by multimillionaire Karl Walker. Dimitri has no idea how his family line became trapped in the genie bond. He just knows resisting has never ended well. When he meets Syd—assertive, sexy, intelligent Syd—he becomes determined to make her his own. Except Karl has ensured Dimitri can’t tell anyone about the bond, and Syd isn’t the type to tolerate secrets. Then Karl starts sending him away on back-to-back wishes. Unable to balance love and lies, Dimitri sets out to uncover Karl’s ultimate plan and put it to an end. But doing so forces him to confront the one wish he never saw coming—the wish that will destroy him. A dark twist on genie folklore, SUMMONED follows a reluctant criminal as he unravels the mystery of the paranormal bond controlling him. SUMMONED is represented by Rossano Trentin of TZLA.

Truly Magical!
Summoned is a 4.5 on my list!Rainy Kaye does a magnificent job of bringing together a book comprised of a little about fairy tales, magic, and a whole lot of lusty romance.This is my first book by this author, and I'm very impressed with the high quality of the read. The book engages the reader, making one just keep on wanting to turn the pages to see where Dim goes next and if he truly gets a chance at happiness or will he die trying to be "normal."A highly recommended read. I already know the second book to this is on the way and I can't wait for its release!